To minimize costs and maximize the amount available to be granted to the community, the Community Foundation contracts for its investment, accounting and bookkeeping services. We do have a small professional staff in Door County that interacts with our donor clients, local non-profits, and the community at large. 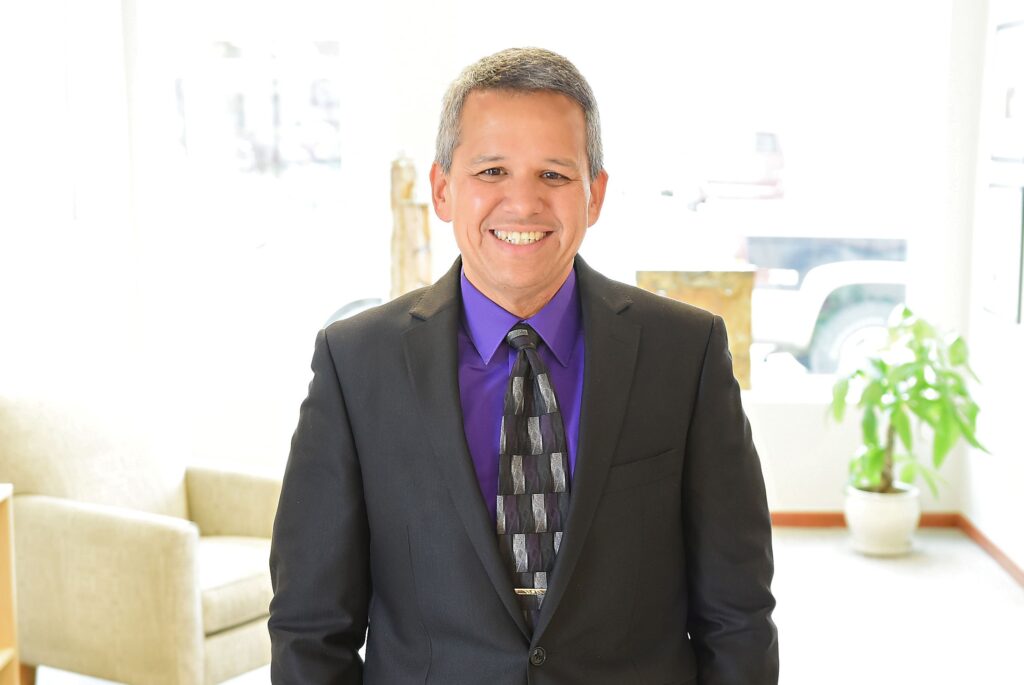 Prior to returning to Wisconsin, the Bicoy family lived for 4 years in Las Vegas, Nevada where Bret served as President of the Nevada Community Foundation. During his tenure in Las Vegas, the Nevada Community Foundation received $49 million in contributions and secured $71 million in known estate commitments. In 2007, Bret was named a Person of Influence in the annual “Influence” issue of In Business Las Vegas. The magazine called Bret one of the “men and women who make things happen” in Nevada.

With his lovely and charming wife Cari, Bret returned to Wisconsin in 2008. After considerable soul searching they realized that there was more to life than always reaching for next rung on the career ladder. They had enough of big city living and wanted to raise their six children surrounded by family and friends in this wonderful place called Door County.

A 1992 graduate of Tufts University, Bret was honored with the 2006 Young Alumni Achievement Award as one “whose distinguished accomplishments bring credit to his community, his profession, and Tufts University.”

Bret also served as President & CEO of the Marietta Community Foundation when in 2002 he was named a Fellow of the Council on Foundations in Washington, D.C. for his work promoting philanthropy in diverse communities. While in Ohio, the Marietta Chamber of Commerce named him the Telesis Community Leader of the Year as “a believer in impossible things, whose vision, enthusiasm and dedication have unquestionably made their mark on our community.”

As a volunteer, Bret is an active Rotarian, previously as a member of the Marietta Noon Rotary Club and now with the Rotary Club of Sturgeon Bay, Door County’s oldest and largest service club. As his current Club’s Sergeant-at-Arms, it’s his responsibility to “humble” the member of the Club – which is basically gives him permission to make fun of other members and levy fines accordingly – moneys which are used to support the Club’s scholarship program. He previously served as President of the Rotary Club of Sturgeon Bay. Bret is also on the Board of Directors of the Wisconsin Conference of the United Church of Christ.

Bret was born and raised in Aiea, Hawaii, the only city in America spelled with all vowels. While he loves this beautiful peninsula, Bret will never quite get over the fact that there really isn’t any good surf in Door County. Then again, perhaps that’s for the best, because nobody wants to see Bret in his bathing suit. Contact Bret. 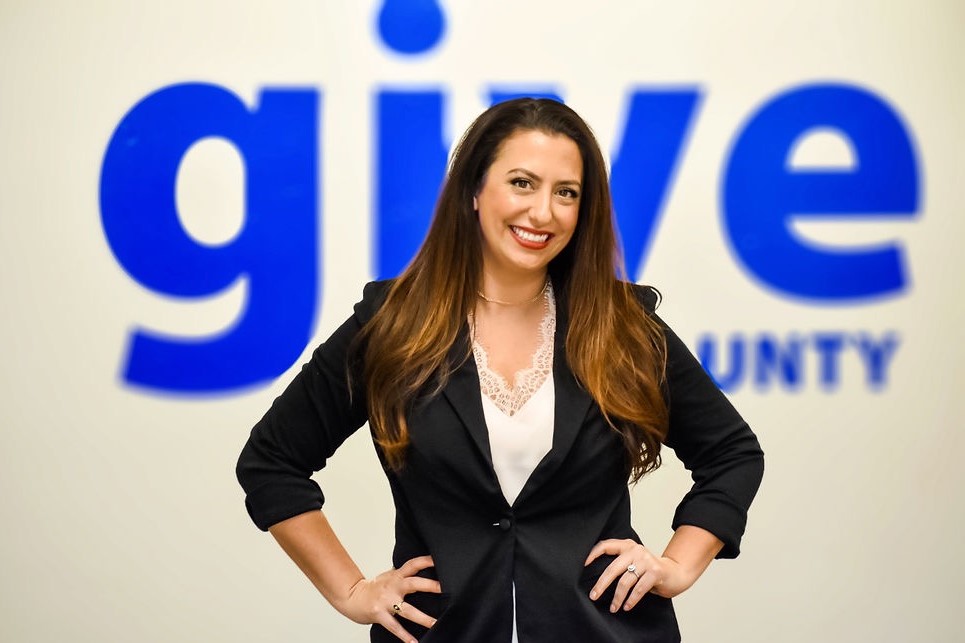 Born and raised in Sturgeon Bay, Door County has always had a special place in Kacie Mueller’s heart. While the rural area was an enjoyable place to grow up, she was compelled by all that the big city has to offer. Kacie made the move to Milwaukee shortly after graduating Cosmetology School. Upon arriving in Milwaukee she began work as hair stylist at a high-end salon located in the heart of downtown. After a year behind the chair Kacie was offered a position as the Operation Manager of the salon, which she happily accepted. She managed the boutique-style salon for 6 years and oversaw the complete rebranding of the company.

After having their son, Kacie and her husband Andrew decided that there was no better place to raise him than in Door County. She made the move back to Sturgeon Bay in 2014 to be surrounded by their extended family as well as the cultural treasures and abundance of natural resources which make the Door Peninsula a remarkable place to live.

Kacie now lives in Sturgeon Bay with her Andrew and their children William and Hazel. Kacie is excited to be part of the Community Foundation which helps to make Door County the amazing community that it is.

In 2021, Kacie was elevated to the newly created position of Philanthropic Services Officer after having worked with the Community Foundation for more than 7 years, serving most recently as Community Relations Officer.  Kacie offers counsel to donors and works closely with the Vice President of Philanthropic Services to develop new and more effective strategies to help Door County’s generous families increase the impact of their charitable giving. Kacie is also responsible for marketing and communications activities and coordinating special events. Contact Kacie. 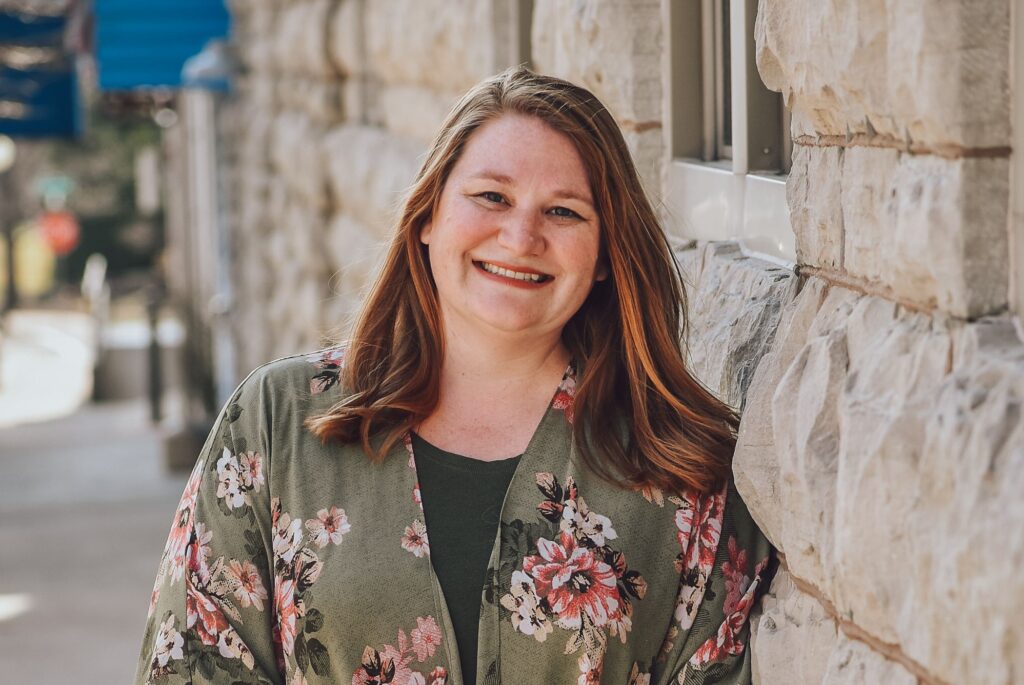 As a fourth-generation Door County resident, Julie Haen is a passionate supporter of Door County.

Julie lives in Sturgeon Bay with her children Ashley, Anna, and Logan.

Supporting Door County’s nonprofit community through volunteerism is at the core of Julie’s family values and one she hopes to pass on to her children. As a member of the Sevastopol Education Foundation, Julie volunteers by fundraising and organizing events to benefit Sevastopol students.

Door County’s State and County parks are a favorite weekend destination for Julie and her family. Camping, kayaking, and fishing are just a few of their favorite Summer activities. She and her family can also be found hiking on one of the many Door County Land Trust trails or exploring at Crossroads at Big Creek.

Julie is responsible for processing contributions and disbursements from the many Funds of the Community Foundation. Contact Julie. 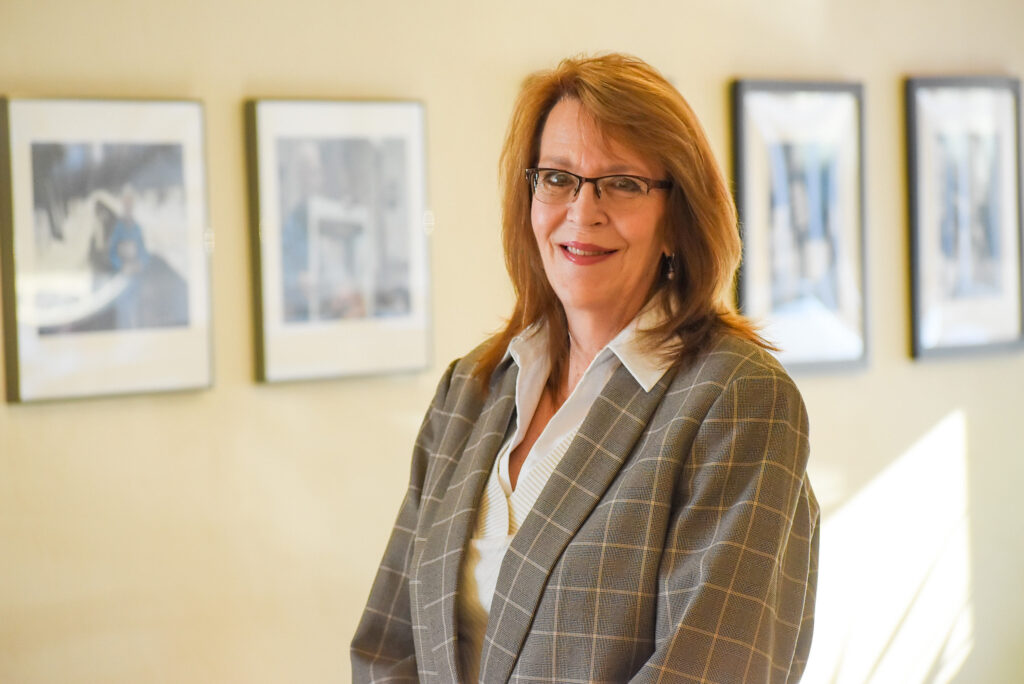 Jean was born and raised in Southern Door County, in Little Sturgeon Bay, and graduated from Southern
Door Schools. As a direct descendant of Increase Claflin, Door County’s first white settler, Jean has a
love for the preservation of our county.

Jean and her family have resided in Sturgeon Bay since 2015, after returning from Southeastern Ohio to
be closer to her parents. Jean has a significant other, Leo of 21 years. A son, Dylan who is attending
UWGB studying History and Art. Jeans daughter Kyrsten stayed in Ohio and is an R.N. at OSU Hospital in
Columbus.

Jean and her family have a passion for nature and the great outdoors. Spending time together in the
forests, at the bay and lake, and appreciation for the star gazing the clear skies of Door County offers so
magnificently. Door County has always been her “home”.

Jean brings many years of business and bookkeeping experience to her new position and is responsible for processing contributions and disbursements from the many Funds of the Community Foundation. Contact Jean. 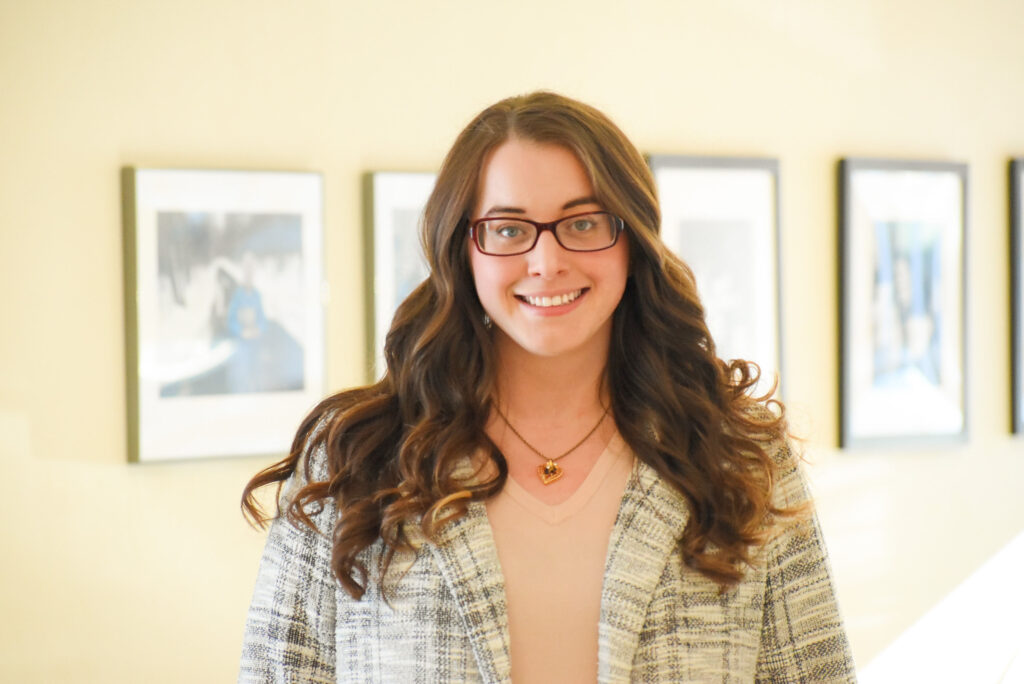 Heidi Copiskey was born and raised in Door County and is passionate about the community and culture we share. Having worked in hospitality for much of her career, Heidi strongly believes that compassion is one of the dearest qualities one can have. Heidi is an avid volunteer and can be found anywhere from bagging groceries and serving food, to local bookfairs and handing out water at the Triathlon (because let’s be honest, that is the closest she will ever come to participating in one).

Heidi lives in Sturgeon Bay with her husband Eric and their children Bryton and Zoey on a delightful homestead filled with chickens, ducks, turkeys, and rabbits. While she would like to take credit for the bountiful garden in the backyard, she is much better at “quality control” then the growing. Heidi also enjoys hiking at the State Parks, going to local theater performances, she loves a good book and vows to someday take a pottery class.

Heidi is excited to join the Door County Community Foundation and to be a part of such an amazing network of men and women working together to make Door County the very special place that it is.

Heidi is the friendly voice that answers the phone and smiling face that you first see when visiting the Foundation. Along with greeting our guests, Heidi takes our event RSVPs. Contact Heidi.

Inspiring people to give back to sustain and advance the community we love.
Door County Community Foundation
222 N 3rd Ave.
Sturgeon Bay, WI 54235