Philanthropist of the Year Honorees

But how exactly do you define a philanthropist?

Donating to charity makes one a donor, and that is a beautiful thing to be. It’s critically important to our community that we all give to charity on a regular basis. But simply writing a check is not sufficient for a person to become a philanthropist.

Next to our love, the most precious thing we have to give is our time. A philanthropist is one who gives generously of both of these most valuable of treasures. They see an issue (or an opportunity) and cannot sit idly by while that condition exits in the world. So they must act.

A philanthropist is born when a donor’s passion compels them to give more of themselves than merely money.

They give of their time to the charities they care about. They share their wisdom as members of boards of directors. Philanthropists champion the causes that resonate in their heart and cannot help but openly share their passion with those around them. Their enthusiasm for community service is contagious.

Perhaps most important, a philanthropist is one who believes that the best way to lead is by serving others. These are the qualities the Community Foundation seeks in the people it honors.

Dave Eliot
2021 Philanthropist of the Year 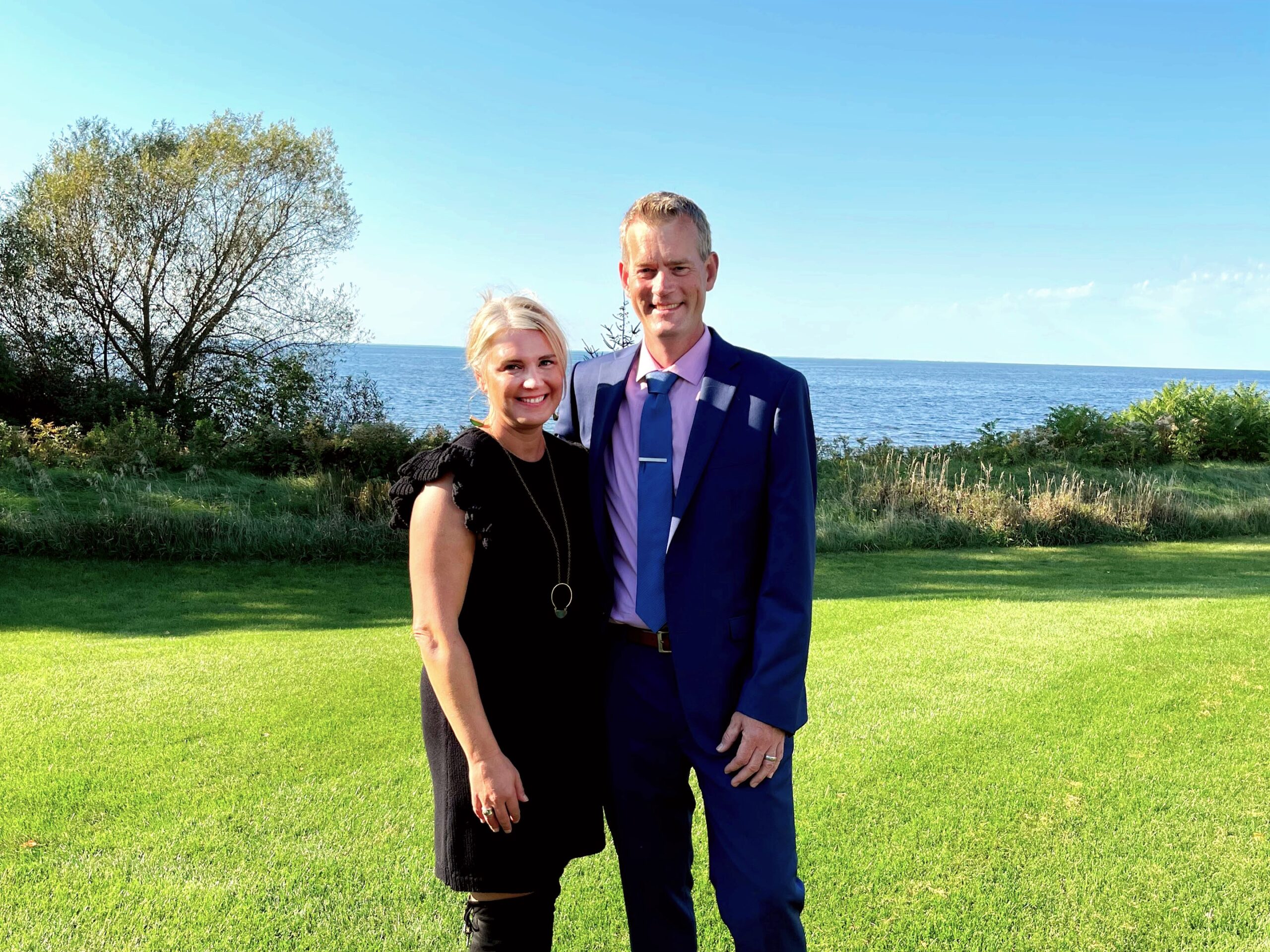 How does this allow us to talk to more people?”

A version of that question is one I’ve heard countless times from David Eliot in our offices at the Peninsula Pulse, the newspaper he founded in 1995. It usually comes after he’s read a draft of a column I’ve written or heard me spit out a frustrated idea for one. I usually don’t want to hear it in the moment, but I’ve learned it’s always a good one to ask.

Over time, that question has been woven into almost every decision we make, consciously or subconsciously. It frames how we cover municipal issues, election seasons and the environment. It informs the way we level criticism and praise, the headlines we choose, the photos we run.

If you work in these offices or try to make it through a meeting with Dave, you learn he practices what he preaches. Few people talk to more people about more topics each day than he does (often to the great chagrin of those within earshot). That’s mostly because he always has another idea.

“The most interesting thing I’ve learned about Dave, is he continually comes up with ideas and ways to improve and make things work better in the community,” said Kaaren Northrop, who has served on multiple boards with him. “Things that people aren’t even thinking about at the time. He has things on his radar years in advance – things I thought are pie in the sky, and then they come to fruition.”

It wasn’t a surprise to me when I learned Dave would be honored as the Door County Community Foundation’s Philanthropist of the Year, but it was to Dave. “I’m not that old,” he said. The foundation’s director, Bret Bicoy, said that’s the point.

“This honor is primarily given to people who demonstrate a lifetime of commitment to making Door County a better place to live,” Bicoy said. “With Dave, he’s accomplished a lifetime’s worth of work, and he’s not even 50 years old. There is always a small group of people you can always turn to who you know will get stuff done, and Dave Eliot is one of those guys. If he makes a commitment, he delivers. If he decides something is the right thing to do, he will convince you.”

Bicoy has always said being a philanthropist is about much more than giving money. It’s about giving time. It’s about seeing an issue or opportunity to help and being unable to sit idly by. I’ve worked with Dave for most of the last 25 years, and I can think of few people better described by that phrase.

A lot of people come to Door County to escape the hard work, to be purposely complacent. Bicoy said there are philanthropists who give money and others who give wisdom, but they are past the point in their lives where they can carry the workload.

“He’s tireless,” said Door County Community Foundation board member Polly Alberts. “He sees things differently than somebody like me who has been here forever, but in a way that’s not condescending to us who are from here.”

Dick Egan was named Philanthropist of the Year with his wife, Anne, in 2016. He described Dave as a doer, but not for himself.

“He’s done a tremendous job with the paper and his business, but there’s always this undercurrent that this is for the county,” Egan said. “He’s probably the most deserving person to get this award that I can think of. He’s a perfect example of a philanthropist.”

And when Dave commits to something, he’s relentless – to the point of driving you to the edge, even if you’re on his side. I’ve been there. Bicoy has been there, too, but Dave is stubborn only to a point.

“He will change on a dime if he thinks your way is better,” Bicoy said. “There’s no pride in ownership. We can be disagreeing, and he can yell at me and I can yell at him, and he never questions my commitment to doing the right thing. Frankly, the tension that comes from strong-willed people fighting for ideas is healthy.”

More important than Dave’s intrinsic need to fix or improve things is his belief things can be fixed or improved. A Massachusetts native, Dave came to Door County in 1995 after graduating from Lawrence University in Appleton and promptly launched a newspaper with his friend Tom McKenzie to highlight a vital, but overlooked contribution to the county’s culture: the arts, music, nightlife and creative scene.

Much of Dave’s work has come about in helping organizations through difficult times or transformational stages.

During the tourism downturn of the mid-2000s, he helped coalesce a disparate community around a solution, forming the Door County Strategic Marketing Coalition to fund a study of potential solutions. When the coalition determined implementing a room tax was the only way for the peninsula to remain competitive as a destination, he carried the torch, community by community, until the county came together, then served on the board of what is now Destination Door County to help implement a new operating structure.

He mixed that with service on the board of the Door Community Auditorium, Door County Community Foundation and as a founding member of the Community Opportunity Investment Network. And in his downtime, he co-founded the Door County Half Marathon to bring more business to northern Door County in early May, then followed up with more events – the Peninsula Century Rides, Door County Beer Festival and Door County Pond Hockey Tournament – to add new attractions to the county, new revenue to businesses and new fun to local communities. And he provides a platform for us to tell the stories of Door County in the Pulse, Door County Living magazine, and through Peninsula Filmworks.

He has mentored student journalists at Gibraltar and Sevastopol schools and volunteered many hours to help format student newspapers, newsletters and athletics programs. He was integral to the launch of Alumni Door County, and over the years, he has supported dozens of employees in serving as youth coaches, mentors, nonprofit board members and volunteers in the community. Oh, and there’s the Door County Living Philanthropy edition, created to highlight the role philanthropy plays in the life of our peninsula.

But more than anything, he’s about big ideas.

The Door County Community Foundation is pleased to honor Dave Eliot as the 2021 Philanthropists of the Year.

The Community Foundation would like to express its sincerest thanks and appreciation to the following sponsors which allow this event to be a free and honest celebration of giving:

Inspiring people to give back to sustain and advance the community we love.
Door County Community Foundation
222 N 3rd Ave.
Sturgeon Bay, WI 54235